At DePaul University, HCI students can choose to take HCI 512 Information Visualization and Infographics as an elective. The professor required an infographic project at the end of the course, utilizing our newfound knowledge of information and visualizations.

The final project in the course was an individual effort to build an original collection of visualizations for an appropriate dataset chosen by the individual, and then incorporate them into a complete infographic.

I was inspired by a dataset about chocolate bar ratings from kaggle.com. After playing with that data, I realized I did not want to work with subjective ratings from one person and began the hunt for agricultural information about cocoa beans. I found the datasets I needed at Food and Agricultural Organization of the United Nations . For my infographic, Global Production of Cocoa Beans (2013), I focused my exploration on four key questions:

I surprised myself in creating a great looking and informational infographic! I am not a visual designer, and this project took a lot of time, but I am very proud of the result.

My efforts and final infographic were rewarded with a letter grade of A.

I played with various graphs and sketches, and settled on the following options to answer my four research questions (see sketch below). 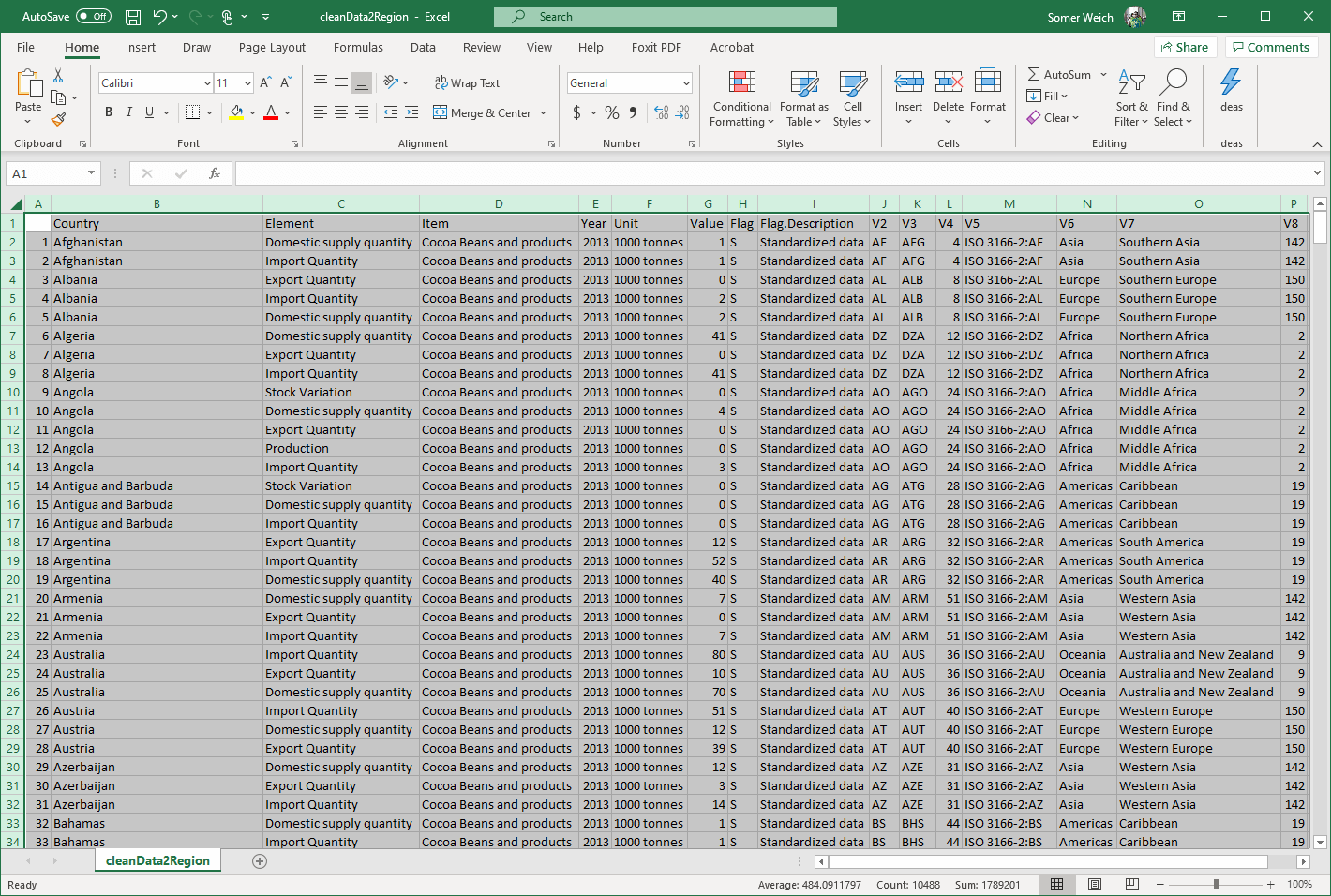 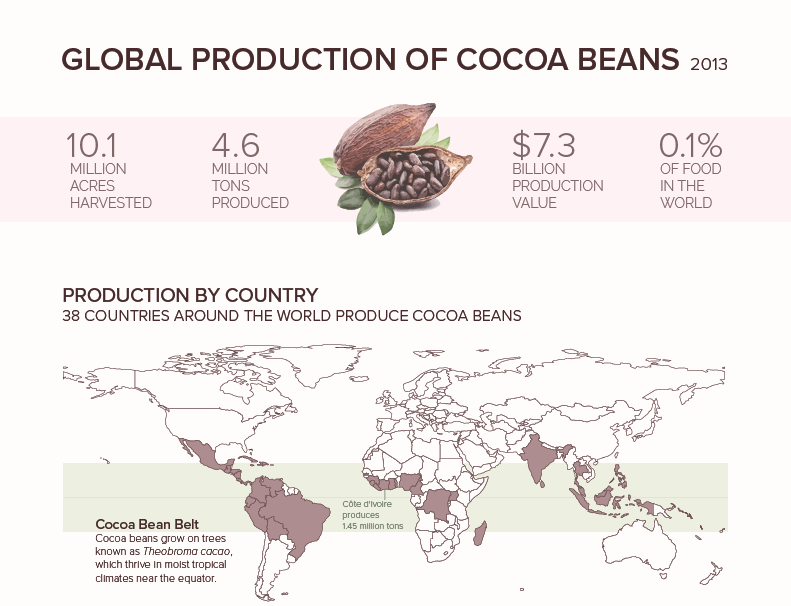